The the Army’s 82nd Airborne Division, first known as the All American Division, is celebrating its 100th birthday today — and like everything else the division does, it’s celebrating the centennial in style. They’re not just taking a single day, week, or month to celebrate the occasion either. The 82nd has turned 2017 into a full year of festivities, activities, history, and fun on social media.

After a century of protecting America’s freedoms, they’ve earned a year to celebrate!

The 82nd Division has an amazingly rich history behind it. Formed at Camp Gordon on August 25, 1917, to aid in World War I, the infantry division was originally called the All American Division — a nickname that has stuck ever since, despite official name changes. They got the name because they were the first division to be comprised of soldiers from every state in the country (all 48 states at the time). It was that rich diversity of soldiers from every part of the nation that gave it a unique fighting spirit from the start, and the sense of being “All American” and fighting for all Americans has never left the division.

It’s that “All American” monicker that was the inspiration for the division’s distinctive “Double A” insignia that remains to this day. 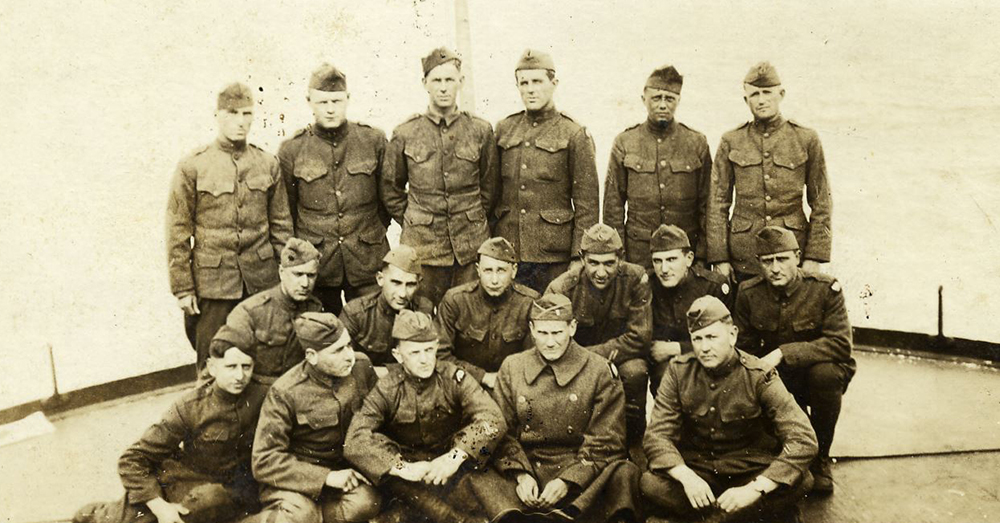 Photo: Facebook/82nd Airborne Division — Original members from the 82nd Division in WWI, known as the All American Division for having soldiers from every state.

“America’s Guard of Honor” is the other nickname for the brave 82nd Airborne Division. That’s because the 82nd has lived up to its motto of “All the way!” for a century now, fighting in some of the fiercest battles from World War I to the present-day wars in Iraq and Afghanistan. There have been several famous soldiers who served in the 82nd Division right from the beginning, but every single soldier to put on the uniform — and the iconic maroon beret — is a man or woman to be honored, respected, and thanked.

Sergeant Alvin York, one of the most highly decorated service members of World War I, was a member of the 82nd Infantry Division. Other notable members from the early days of the 82nd Division included Lt. Gen. James “Jumpin’ Jim” Gavin, who would parachute onto the battlefield with his men four times in World War II; and General of the Army Omar Bradley, a World War II five-star general and one of only nine men to ever reach the rank in U.S. history.

Of course, the 82nd wasn’t always the “death from above” paratrooper division it is today. When it was first formed as the All American Division in WWI, the fighting was all on the ground. “At the time, there was no airborne capability in the U.S. Army. The 82nd was an infantry division,” said Lt. Col. Joe Buccino, with the 82nd Airborne Public Affairs office. “It would go on to fight in some of the critical battles of the First World War.” 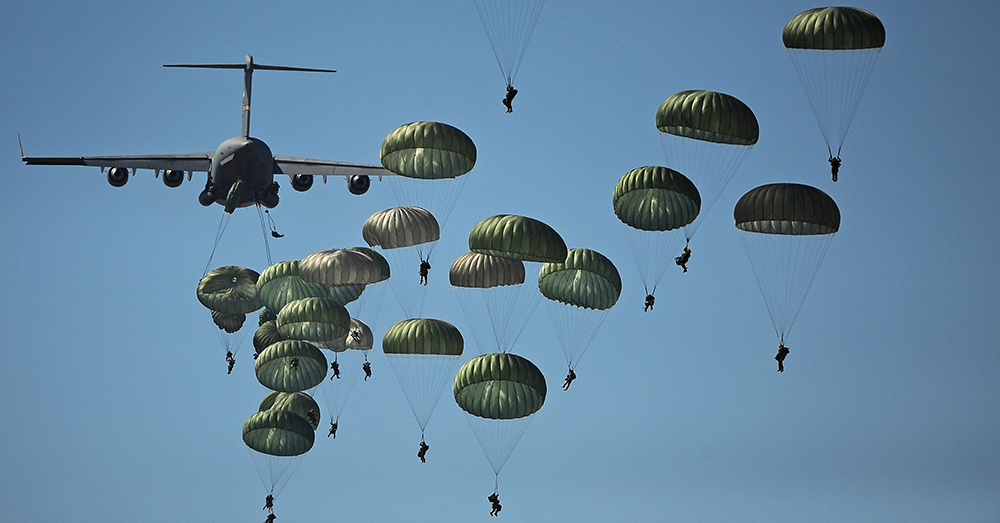 It was August 25, 1917, when the 82nd Infantry Division was first manned, and 25 years later in August 1942, the division joined the Allied efforts in World War II as the Army’s first-ever airborne infantry and was redesignated the 82nd Airborne Division. They started in Sicily, parachuted into Normandy on D-Day, and would continue to fight in Operation Market Garden, in the Battle of the Bulge, and eventually in Germany itself.

Members of the All American Division have served in other wars and conflicts over the past century. The 82nd Airborne Division’s paratroopers have been deployed to the Dominican Republic and South Korea, as well as Haiti, Cuba, and Bosnia. They fought for freedom in Kazakhstan and Uzbekistan, Albania and Kosovo, as well as more recently in Iraq and Afghanistan. 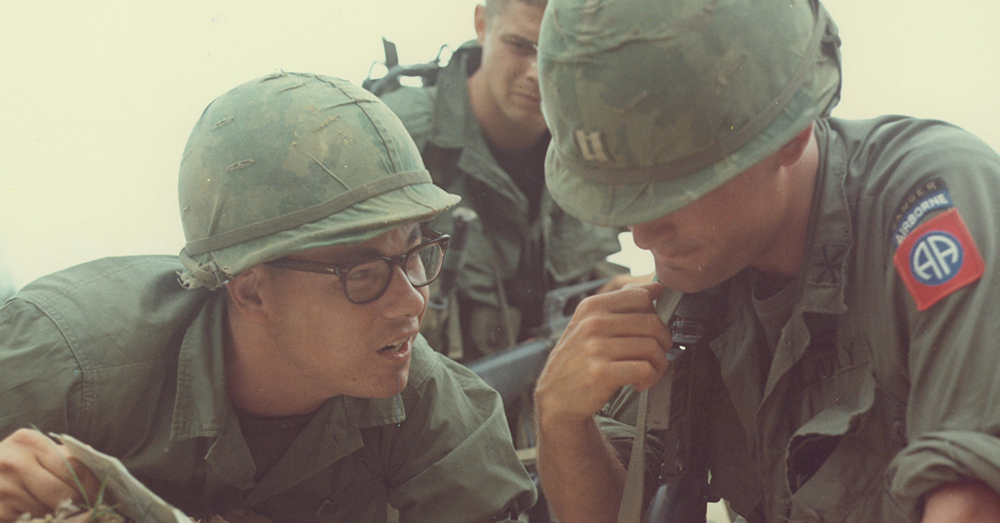 The 82nd Airborne Division’s celebration of 100 years of service continues on the next page!